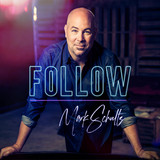 Adopted at the age of two weeks old, singer/songwriter Mark Schultz grew up in Colby, KS. Although he enjoyed great success in high school sports such as track and football, Schultz' musical talents outshone his athletic strengths. He soon moved to Nashville; however, instead of fulfilling his aspirations of a career in music, Schultz ended up in youth ministry. His position as a youth leader at First Presbyterian Church served to inspire the young songwriter, causing him to write songs about people in the congregation. Weekly concerts featuring Schultz drew crowds. After continued concerts, including a benefit concert he organized at the Ryman Auditorium, Schultz signed with Myrrh Records and released his self-titled debut album in 2000. ~ Ashleigh Kittle, Rovi