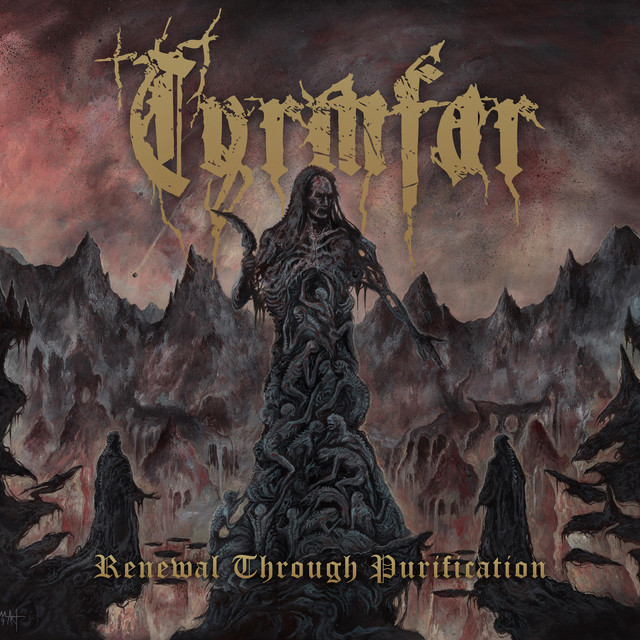 Hailing from the mountains of Switzerland, Tyrmfar’s story began in 2013 and their ascent has been a rapid one. Their first release was the 2015 EP, In The Depths Of A Dark Spirit which was followed in 2017 by the superb Human Abomination album – hailed by Daily Rock as “bloody and invigorating”. The band were soon playing major European festivals like the massive Metal Days event and performing with giants of extreme music like Krisiun; nor were they out of place on such bills with Daily Rock naming them “artists who can shake the most seasoned headliners of extreme music festivals.” All that experience has now been poured into the creation of their game-changing second album, Renewal Through Purification. This collection of breathtaking songs, due out in June through MTAF Records is a magnificent fusion of the atmosphere of black metal and the power of death metal. This is Tyrmfar announcing themselves as true contenders on the world stage, ready to carve their bloody path to the throne. Tyrmfar are coming...prepare to be judged. “...melodious, deadly black metal...” – METAL INSIDE Genre: Melodic Black/Death Metal For fans of: Kataklysm | Immortal | God Seed | Nile www.tyrmfar.com