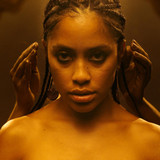 How would a ‘Latin American Black Panther’ look and sound like? Watch GOTOPO's music video for 'Malembe'; Afro-Indigenous sound wizardry and lyrics that raise ancient voices all in a tasteful Pop envelop that you can’t help but dance to. GOTOPO’s debut single ‘Malembe’ is a picture of America before “America” taking the viewer from pre-hispanic times to pos-colonialism in a showcase of royalty, elegance and indigenous futurism. In the most literal way: GOTOPO's 'Malembe' is a true all-American soundtrack. GOTOPO's 3rd independently released single ‘Eso’ with Joaquin Cornejo was featured on BBC 6, Worldwide fm, XLR8R, DJ MAG and landed organically on ‘Electrica Selvática’ (270k listeners). Heavy milestones for an artist with just 3 songs out in the world.