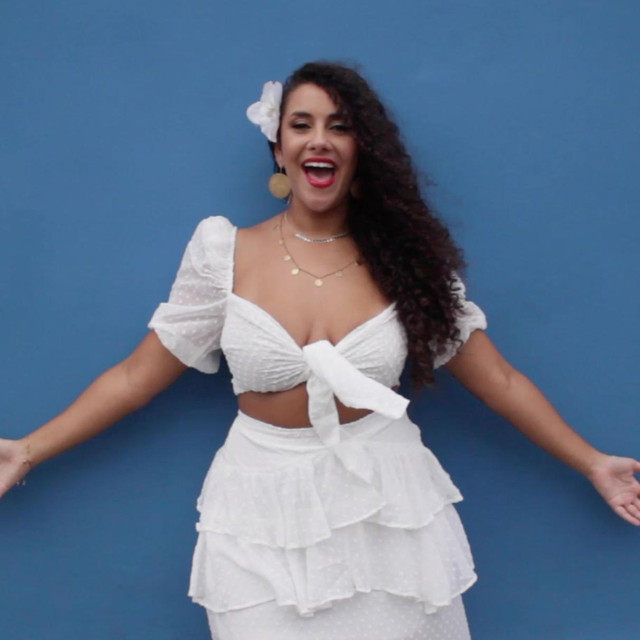 Jo Sarah is an Amsterdam-based artist. She has been inspired by the cultures she grew up in around the world and her multicultural roots (Dutch & Surinamese). In 2014 Jo Sarah release her EP Citizen of the World which is a collective of different sounds from all over the world mixed with jazz & pop. ln 2019 Jo Sarah released the song ‘GLOW’ produced by Brazilian producer Felipe Pomar. Glow makes you dance to the Brazilian baile funk beat and is about women who feel confident and have that ‘glow’ about them. Her 2nd single ‘ME’, features Zuco 103 singer Lilian Vieira, and is about ‘self-love’ and body positivity. The videoclip of ME is a colourful 3 minute video of self-love, body acceptance and parades all kinds of people from different cultures, ages, genders and body shapes dancing. ‘Venha Cá’, an all Portuguese song, produced by multi-gold producer Ramon Ginton, is about unexpectedly meeting someone and getting struck by a heatwave of passion during a tropical night in Bahia(Brazil) and not wanting this night to end. Jo Sarah's newest single 'No Wifi', is produced by renowned Brazilian producer Felipe Pomar and co-written by Jo Sarah. With it’s throbbing Kizomba beat and Jo Sarah’s sensual and inviting vocals, this tropical bass tune makes you want to drop everything and take your lover to a place of bliss, no worries, , no pandemic and no wifi. Stay tuned for more songs coming this year!