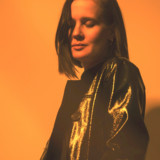 This Sweden native singer and songwriter - daughter of musicians - started her musical journey at the age of 4 when she started playing the cello. Although from a classical background she pretty quickly started moving into the world of jazz and soul, which has also been her main musical influences which can be heard in her soulful voice. She later merged those influences with pop which creates her musical landscape today. She was based in London for 7 years and since moving back to Sweden, Stockholm, she’s been working on her solo project and has released 2 singles from her up-coming EP. Her songwriting is unfiltered, honest and vulnerable with an emotional depth. She would describe her music as organic, heartfelt soul-pop.