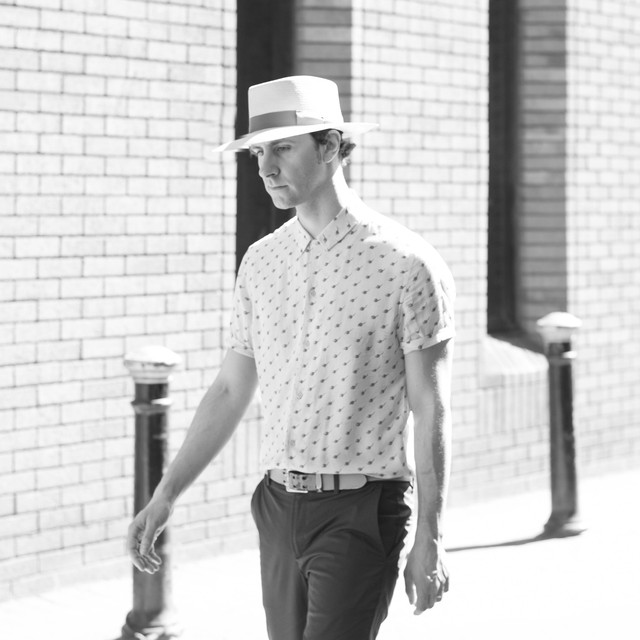 Best known as Maximo Park's frontman, Paul Smith uses his solo career to experiment with sounds and hone the personal side of his songwriting. Frequently working with a core group of collaborators within the Newcastle upon Tyne scene, including Field Music's David and Peter Brewis and Warm Digits' Andrew Hodson, Smith's solo work ranges from the intimacy of 2010's Margins to the more experimental fare of 2014's Frozen by Sight and 2018's Diagrams. The eldest of three children, Paul Smith wasn't inclined to make music until he heard Nick Drake when he was 12 years old. At the time, he was a student living in Billingham, Teeside with his brothers and parents; his father, a chemical factory welder, encouraged him to learn how to play the Spanish guitar they had at their house. When Smith was 17, he picked up the guitar in earnest, forming an instrumental band called Me and the Twins with identical twins Rachel and Laura Lancaster at Hartlepool Art College in 1998. The band continued while he studied Art History and English Linguistics at Newcastle University with drummer Narbi Price joining in 2001. However, Me and the Twins went on hiatus when Smith was suggested as a singer to Newcastle band Maximo Park by drummer Tom English's girlfriend. She heard Smith singing Stevie Wonder's "Superstition" at a club's karaoke night -- the second time Smith had ever sung in public. With the addition of Smith, the band changed its sound from avant-garde rock to bright, angular songs inspired by the Buzzcocks and the Smiths. Their first single, the limited-edition 7" Graffiti/Going Missing, found its way to Warp Records, which signed the band and issued its Mercury Prize-nominated debut album, A Certain Trigger, in 2005. Smith and the rest of the band issued 2007's Our Earthly Pleasures and 2009's Quicken the Heart, touring consistently in support of each album, and took a break in 2010. During that time, Smith gathered songs he'd written that didn't fit the Maximo Park mold and recorded them with friends, including Field Music's David and Peter Brewis. The result, Margins, was released by Smith's own Billingham Records in October 2010. Smith returned to Maximo Park for The National Health in 2012. That year, he set poet Lavinia Greenlaw's poem "Essex Kiss" to music; in 2013, he composed A Mind Full of Nothing But Continue, a 26-minute a cappella piece for Great North Run Culture, a series of artistic projects inspired by sports. For his 2014 solo album Frozen by Sight, Smith organized a small band (including David Brewis) and set highly arranged chamber pop music to songs inspired by his travels around the world. He returned in 2015 with Contradictions, a more vulnerable set featuring the Intimations, aka Warm Digits drummer Andrew Hodson and bassist Claire Adams. Other collaborators included Peter Brewis, Rachel Lancaster (Silver Fox), and Prefab Sprout's Wendy Smith. Smith reunited with Hodson for 2018's Diagrams, taking inspiration from the Go-Betweens, the Lemonheads, and Denis Johnson's Jesus' Son for its detailed songcraft. ~ Heather Phares, Rovi