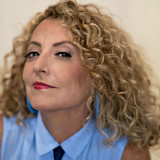 I have been a professional singer for over 30 years. I have entertained at every kind of event and venue. I have had the pleasure of sharing the stage with Diana Krall, Ray Charles, Nancy Wilson, Sergio Mendez, João Bôsco, Elba Ramalho, Moraes Moreira and others.Brazilian singer/ composer and multi-instrumentalist . Born in Caxias do Sul, in the southernmost Brazilian state of Rio Grande do Sul, she began singing and playing the guitar at the age of 5. Her first teacher was her mother. She has written and performed original work and her fresh arrangements of Brazilian and American standards have become familiar to many American listeners. She has performed to great acclaim in Europe, South America and Asia as well, and continues to enjoy a strong following in Brazil. Formerly a student of architecture in Porto Alegre, she opted instead to tap into her deeper love of music, established herself in Rio de Janeiro and, after touring all the major cities of Brazil, moved to New York and, finally, Los Angeles. In 1997, she commenced a business partnership with fellow Brazilian recording artist Sonia Santos. Together they created the Brasil Brazil Show, launching Yellow Green Productions and the Yellow Green record label. - Winner, International Brazilian Press Award, 2017, for best Brazilian CD release in the USA, 2017 for "UrbAna" She have released 4 solo albuns: Brazilicious/ Brazility/ Musicas e Palavras dos Bee Gees/ UrbAna and Brazilian Blues.