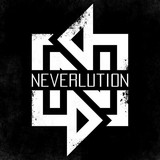 Born in the Netherlands, a brother infected him with the hardcore virus at an early age. Not long after, he started experimenting with making music at the age of 12. The love for hardcore and creativity drove him to the goal of one day becoming part of this scene. Many tracks, sweat, tears and years later the first official release was a fact in 2014. Since then, many tracks have been released, also alongside artists such as Angerfist, Tha Playah, Neophyte, DJ Mad Dog, Partyraiser, Nosferatu, N-Vitral and many others. The love for making this music never stopped. Still motivated and driven, it was decided in 2021 to add someone to the project. In order to have an even greater impact on the future! We are Neverlution!