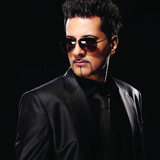 The New Delhi-born Bally Sagoo grew up in Britain where he established a reputation as one of the more happening purveyors of dance music. His music incorporates all manner of bhangra, hip-hop and ragga. His old Indian film-music background has also influenced his art, made tangible around the time of 1995's Bollywood Flashback but also in an underlying sense since film music has created a series of conventions for presenting itself. The kitchen-sink approach so beloved of non-Indian commentators was a tradition that Bally Sagoo could take to heart. Bally Sagoo and Devissaro contributed the music to new dance works by Daksha Sheth and Roger Sinha performed by Yuva (a young South Asian dance company) under the collective title of Tongues Untied in September as part of the annual Vivarta Festival in London. In 1994 it was announced that he had signed a major deal with Columbia/Sony. It was evidence of his versatility and their belief in his potential. Rising from the East followed in 1996, and Sountracks: For Your Life was released in 1999. ~ Ken Hunt, Rovi