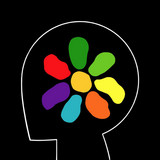 Recorded as the Covid pandemic struck, James’ upcoming 16th studio LP All The Colours Of You is produced by Jacknife Lee (U2, REM, Snow Patrol, The Killers) & brings a fresh approach to their sound with the most festival-ready tracks of their 39-year career Mavericks & survivors, James have sold +25 million albums, had 19 top 40 UK hits, toured with Neil Young, released the hugely successful Laid (theme to the American Pie films) & rave-era anthem, Sit Down. Formed in 1982 & signed to Factory in ‘83, they toured with The Smiths, who formed after James, with Morrissey calling them 'best band in the world' Two years later they released Lenny Kaye-produced debut Stutter. In 1990 they became a septet with Mark Hunter (Keyboard), Saul Davies (Violin), Dave Baynton- Power (Drums) & Andy Diagram (Trumpet). Catapulted into the mainstream in 1991 with Sit Down, the track became so ubiquitous they rationed playing it live, choosing to take risks & change setlists nightly. With that success came Brian Eno, producing the next 5 albums, Laid, Wah Wah,

Whiplash, Millionaires & Pleased to Meet You before a six-year band hiatus. They returned to form with 2008’s Hey Ma, followed by The Night Before & The Morning After, La Petite Mort, Girl at the End of the World & 2018’s Living in Extraordinary Times - all Top 10s, their gigs now selling out faster than in the 90s as a new audience rediscovered them. All The Colours Of You marks a new chapter for one of Britain’s enduring gems.