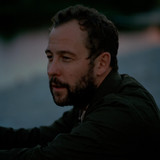 Having so far released two critically acclaimed EPs (Found EP & I Got You EP), Seramic (Marcus Foster) showcases a powerfully unique and varied range of influences, which has led the Sunday Times to state that his sound is a mix of “Prince meets D’Angelo meets Tom Waits meets Joe Cocker.” He's taken his electric live performances worldwide, with multiple festival plays alongside sold out headline shows. Aside from his music, Seramic is also a sculptor who has had work shown in Newspeak: British Art Now as well as various galleries in Europe. Recently directing his own music videos, he creates equally striking images recently shown at Raindance Film Festival and awarded a nomination for the Berlin Music Video Awards. There are few other artists who can boast that they've both exhibited at the Saatchi Gallery as well as performing with The Roots on Jimmy Fallon’s late night show in the US. His much anticipated debut LP will be released in late 2019.