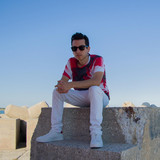 Jules Coronado is a film producer and music producer based in London who is best known as an auteur in the music video medium. As a teenager Coronado developed a strong passion for the British electronic music era of the 1990s and felt connected to it because of his birth in the UK during this time. He learned how to program synthesizers and acquired several which were prominent during this period including the Korg Prophecy and Clavia Nord Lead. He produced his first song of the electronic dance genre, You Dance in the Dark, from these instruments. In 2020 Coronado produced and directed an elaborate music video for the song with actress Claudia Pollet and has classified it as his greatest production. You Dance in the Dark has since been selected as a finalist for the Best Music Video category in the European Cinematography Awards.