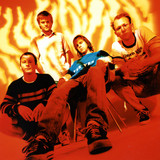 The Archers of Loaf were darlings of the indie world in the early to mid-'90s, thanks to an off-kilter sound that was edgy and challenging, yet melodically accessible at the same time. Cornerstones of the Chapel Hill, NC, indie scene that also spawned Superchunk and Polvo, the Archers' chief inspirations were the Replacements and Sonic Youth, but that only began to tell the story. Their music was frequently likened to a more intense, raucous version of Pavement's postmodern pop, and indeed they shared key elements: fractured song constructions, abstractly witty lyrics, clangorous guitars, and lo-fi production. More rooted in punk and noise rock, however, the Archers took the dissonance, white noise, and angularity to greater extremes, and played with more overt commitment and enthusiasm in concert. The Archers became a hip name to drop with their acclaimed 1993 debut, Icky Mettle; several more accomplished albums followed before the group called it quits in 1998. The Archers of Loaf were formed in Chapel Hill in 1991, when all four members were attending the University of North Carolina. Coincidentally, they'd all grown up in Asheville, in the western part of the state, but hadn't all gone to the same schools. Singer/guitarist Eric Bachmann, guitarist Eric Johnson, bassist Matt Gentling, and drummer Mark Price cut an independently released single, "Wrong," that helped them land a contract with the California-based indie label Alias (also home to releases by American Music Club and Yo La Tengo). Another single, "Web in Front," became a substantial hit on college radio in 1993, creating a strong buzz for the group's full-length debut. Icky Mettle arrived later in the year to highly positive reviews and more alternative-radio airplay, and the Archers supported it with an extensive national tour. A five-song concept EP, Archers of Loaf vs the Greatest of All Time, arrived on the heels of Icky Mettle in 1994. Amid growing media attention, Madonna's Maverick label made a play for the band, but they elected to continue developing on an independent, with lower commercial stakes. Their second album, the rawer and noisier Vee Vee, appeared in 1995 and was an even bigger college-radio hit, thanks in part to the single "Harnessed in Slums." The album landed in the CMJ Top Five, and even got some press from the hipper mainstream media outlets. In its wake, Eric Bachmann convened the Chapel Hill side project Barry Black, an eclectic, mostly instrumental outfit given to bizarre arrangements; their eponymous first album was also released in 1995. Meanwhile, the Archers compiled a raft of non-LP indie singles, B-sides, alternate takes, and live cuts for 1996's The Speed of Cattle. Their proper third album, All the Nation's Airports, came out later that year and showed the band moving into quieter, more layered territory. Bachmann's second album with Barry Black, Tragic Animal Stories, arrived in 1997, as did the live Archers of Loaf EP Vitus Tinnitus. The band's fourth proper album, 1998's White Trash Heroes, continued its exploration of calmer, more spacious sounds, and began to incorporate keyboards and samples. However, their marathon touring commitments were contributing to a sense of stagnation within the group. After the supporting tour for Heroes, the Archers decided to call it quits. A live album recorded at that tour's Chapel Hill show, Seconds Before the Accident, was released posthumously in 2000. Bachmann moved on to the folkier Crooked Fingers, and also went back to solo recording, stepping away from the Barry Black moniker and using his own name on a pair of releases and a soundtrack for the film Ball of Wax. Johnson also moved on to solo work with his own project, Spookie. In 2011, Archers of Loaf reunited, playing an unannounced reunion show in North Carolina before heading out on the road for a summer tour. ~ Steve Huey, Rovi