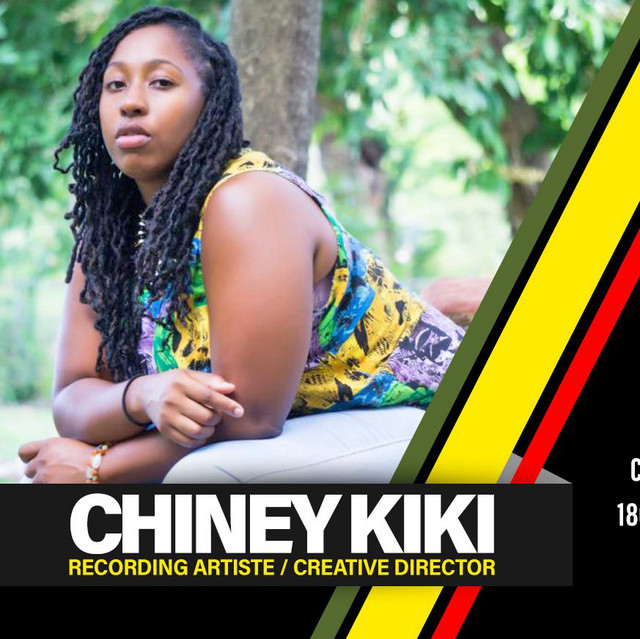 Meet Chineykiki, the multitalented songwriter ,singer, dancer, and creative director. Born in the USA and raised in Portmore, St. Catherine, Kiki was exposed to music and dance early on in life from her Jamaican lineage. Her mother, was a young entertainer who was a regular participant on the popular TV show ‘Ring Ding’, hosted by ‘Miss Lou’, who subsequent- ly became a member of the legendary gospel group called ‘Grace Thrillers’. Her father hailed from western Africa, Ghana. Kiki’s multi-ethnic background fused with Jamaican, Ghanaian, Chinese and Indian, has shaped her into the multidimensional artist, she is today.

Chiney Kiki migrated back to the US when she was eleven and pursued music and singing. She began her music career as a backup vocalist for many popular artists. Kiki has been featured on many popular music platforms and magazines most notably IRIE Magazine and Reggaeville.com. In May 2018, she toured her father’s homeland, Ghana, for 3 weeks, where she worked on collaborations with Ghanaian artists. She also shot the video for her single ‘Afrikan Woman’. Other accomplishments included live performances in Ghana, USA, UK and Jamaica. Kiki’s discography includes tracks like, ‘Liad’, ‘African Woman’, ‘Change’, ‘Revelation’, and ‘Your Love’, featuring ‘Torch’, have all enjoyed massive radio airplay in Europe and beyond. This international Reggae rising star is currently working on a EP to be released in March 2020 entitled ‘Emotions’.