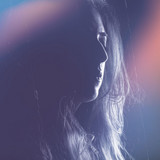 Ava Kay brings her experiences as a songwriter, film composer and as a touring artist to her first solo release, colliding all her musical paths into sound that can be described as Singer-Songwriter - Cinematic Pop true to life storytelling.

Toronto born and raised, she has over 35 TV & Film placements, with networks such as Disney, CBC & Hallmark, she has songs cut with famed DJ's ATB & AfroJack, and Multiplatinum artists Raghav and Tyler Shaw.