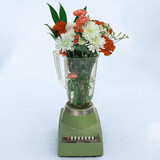 WSTR had a swift rise as part of the burgeoning pop-punk scene that saw them sign to the independent label No Sleep Records. Hailing from Liverpool, the band is made up of Sammy Clifford on vocals, Alex Tobijanski on bass and Tom Hawkes ‘Boots’ on guitar. In September 21015 WSTR released their first EP, SKWRD via No Sleep Records and embarked on a tour of the U.K and Europe alongside Creeper and close friends Neck Deep. In 2016 the band released the first single, “Lonely Smiles” off their debut full-length Red, Green, Or in Between, released in January of 2017.

Soon after the release of RGOI, WSTR signed to Hopeless Records and released their sophomore album Identity Crisis in August 2018, Over the next two years, WSTR played alongside punk legends The Offspring and were invited back to play Download Festival, Slam Dunk Festival where they performed in front of their largest crowds to date. In 2019 the band took a needed break to re-evaluate the direction of their sound & careers. They used that time to experiment with their musical style and released a stand alone single, “Filthy”, which became an instant fan favourite! After going through a musical drought in 2020 the band decided to take their career into their own hands. This year will see the band push boundaries and tastefully flout old habits of what familiar ears were eagerly expecting, kicking off with the release of the highly anticipated and self-justifying single ‘ALL THE RAGE’ out 26th February!