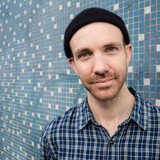 His new album Lesser Stars was recorded in San Francisco with revered analogue producer John Vanderslice, known for his work with the Mountain Goats and Spoon. Having previously released two albums (Pre-Pill Love, Endearance) and an E.P (The Right To Talk To Strangers) under his own name, Comber’s concise, articulate lyrical observations and penchant for alternate guitar tunings have drawn comparisons to such acclaimed artists as Bill Callahan, Joni Mitchell and Don McGlashan. Alongside his releases, Comber has built up a reputation for captivating live performances, leading to a national tour with The Chills, Australian shows supporting The Verlaines, and a tour of America with indie rock icon Barbara Manning.