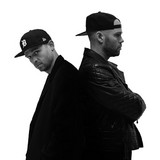 With releases on Hot Creations, Toolroom and Relief Records, Solardo soon branched out into their now iconic Sola imprint. With over 100 releases on the label, the pair went onto sign to Ultra Music, releasing hits ‘Be Somebody’, ‘My Life' and ‘XTC’. Arguably the duo’s most successful release to date, the track was hailed as the track of the summer in Ibiza in 2019. Championed by Annie Mac, Pete Tong & Danny Howard across BBC Radio 1, it was also crowned the winner of ‘best track of the year’ at DJ Mag's Best of British awards. Towards the end of 2019 they hooked up with Marshall Jefferson to commemorate the 33rd anniversary of one of the most iconic house tunes ‘Move Your Body’. With the lads touch, the track was reborn into a modern day anthem only proven by it dominating the Beatport charts, being added to BBC Radio 1’s ‘A’ list and selected as ‘Tune Of The Weekend’ on the station.

Music aside, the duo’s presence on the road is ever growing. From selling out the WHP and Studio 338 with event series HIGHER, Solardo found time to fit in over 30+ festivals in 2019 with sets at Glastonbury, Creamfields, Tomorrowland, EDC Vegas and Ultra Music Festival. Their residency BODYWORKS at Hi Ibiza was one of the most successful on the Island in 2019. With themselves, CamelPhat & FISHER, BODYWORKS broke numerous club records with an estimated 90k passing through the doors over the 14 weeks. It just goes to show what a force they have now become on the island.