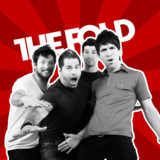 The Fold put out their first record in 2006 on the roster of Tooth & Nail Records. Around 2009, the group spun a failed album tour into a comical commentary on the current state of the music business with it’s viral smash hit “Every Band in the USA.” (YouTube). With this new sense of purpose, the band abandoned the traditional music industry model of working with a record company for a chance to do something incredible on their own. Over the past decade they’ve written, produced and directed several original songs with music videos which have accumulated 112 million views on their YouTube channel, and over 145,000 subscribers. They achieved this through a very niche, rabid fanbase generated through song placements — originally the band's incredibly popular theme song for Cartoon Network's 'Lego Ninjago' entitled "The Weekend Whip", and several follow-up hits for the show. The band has released 4 full-length albums, 2 EPs, and also leveraged their unique brand of heart-forward pop music to write for several sports brands including Chicago Cubs, Denver Broncos, Tampa Bay Buccaneers, and North Carolina Panthers. With two new seasons of Lego Ninjago slated for 2021, and a full-length album already hitting the digital platforms, the band shows no signs of slowing down.