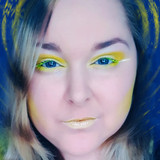 I was born in Lithuania, Vilnius (Eastern Europe). One day I met a vocal coach who changed my life forever… It was 2 years of hard vocal training and developing, working and improving my vocals. In 2008 I became a part of a band called AJ Project (which was renamed to AJ Elements) with my college mate Jurgis Mikalauskas. We wrote 9 songs together and a few of them had some success. All of those songs had to be in an album “First Pancake’’ which was never released. Ever since, I have tried to take part in TV shows such as The Voice, X-Factor etc in Belgium but mostly in the UK, but it never worked. I was rejected always everywhere. Nothing ever worked out for me no matter what I did, and I decided that instead of giving up and making covers I will write songs for myself and will come out with my own album. Singing is the most important thing to me! I literally live for music; I live to sing and create. Without that there is no other purpose to me. I can sing any style however I have a very narrow taste. So to stand out in front of other composers I decided to start mixing music styles in one song. Kristen and Calvin are incredible! Both of them are so talented and I will never forget that they believed in me and my idea when no one else did! They are my perfect team! Kristen became a good friend to me and she doesn’t just play piano, she creates all the main piano tracks for my songs, and she also helps me with lyrics! Calvin is the best guitarist in the World.