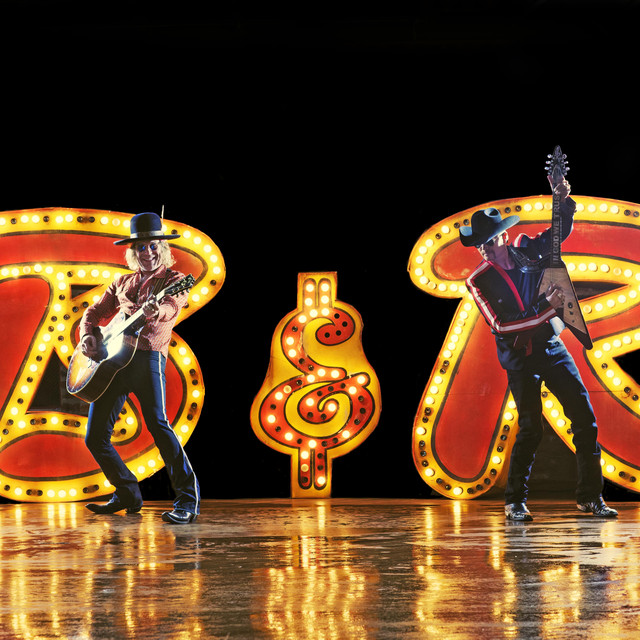 A pair of gonzo country showmen initially shunned by the Nashville mainstream but eventually becoming the face of Music City as the 2000s drew to a close, Big & Rich were the most unlikely country success story of the new millennium. They didn't appear from nowhere, but when Horse of a Different Color exploded in 2004, it sure seemed like they did, memories of John Rich's time in Lonestar vanishing, along with any trace of Big Kenny's years struggling on the fringes of major-label studios. In its place was something cheerfully, grotesquely super-sized, happy to revel in a bad taste that camouflaged exactly how eclectic the duo was, how Big & Rich happily pushed hip-hop braggadocio into their rocking country, building their music on chant-along sports anthems and ballads, the former showcasing their humor, the latter their sentimentality. Soon after "Save a Horse (Ride a Cowboy)" because a smash, Big & Rich started firing out hits, not just as performers but as writer/producers, turning Gretchen Wilson into a star, assisting in John Anderson's comeback, and supporting novelties like country-rapper Cowboy Troy. Their oversized, out-of-control train steamrolled throughout the back half of the '90s, with Rich slowly ingratiating himself in the establishment -- appearing as a judge on Nashville Star, the country American Idol knockoff -- and Big Kenny once again turning toward the fringes, only this time working with the added benefit of being able to have his music be heard. If Big & Rich seemed like an ungainly match, it's because they came from quite different backgrounds: Rich taking the traditional Music City path via Lonestar, and Big Kenny Alphin working as a pro songwriter, dabbling in both country and rock. They paired up in 1998, starting a regular performing group called the MuzikMafia, which appeared at a Nashville club on a regular basis for several years. Big & Rich worked on new material, both as a team and separately, building a reputation that started to crest in 2003, when Martina McBride recorded their "She's a Butterfly." Soon, the duo signed with Warner Nashville, which released their first single, "Wild West Show," early in 2004 with the full-length Horse of a Different Color appearing that spring. Thanks to the near-novelty "Save a Horse (Ride a Cowboy)," a boisterous blend of rockin' country and old-school rap, the album turned into something of a phenomenon and Big & Rich were ready to seize this opportunity, pushing themselves and their MuzikMafia. First out of the gate was Gretchen Wilson, whose 2004 debut, Here for the Party, was produced by Rich, who also wrote many of the songs, including its hit "Redneck Women." The group's country rapper comrade Cowboy Troy was next in line, releasing his debut in 2005. By the time Big & Rich released their sophomore album, Comin' to Your City, in time for the holiday season of 2005, they were dominating country music, with Rich in particular popping up all over the place, producing John Anderson's comeback and judging Nashville Star. Comin' to Your City showed signs of Big & Rich turning their schtick into formula, but the record went into the Top Ten and had several hits. The group's momentum didn't slow until 2007, when their third album, Between Raising Hell and Amazing Grace, performed only respectably. Big & Rich decided to devote 2009 to solo projects, with Rich's Son of a Preacher Man appearing in the spring and Kenny's Quiet Times of a Rock and Roll Farm Boy in the fall, followed by a hits collection of the group's first three albums. The duo reunited in 2012 as Big & Rich for their fourth studio album, Hillbilly Jedi, which featured a pair of songs co-written with Jon Bon Jovi and Richie Sambora (Bon Jovi was also instrumental in getting clearance from George Lucas to use the term "Jedi" in the album title). Hillbilly Jedi didn't do much on the charts; it entered Billboard's country charts at four and the Billboard 200 at 25, and only the lead single, "That's Why I Pray," made waves, with the subsequent singles failing to crack the Top 40. The duo quickly returned to the studio, working on their fifth album throughout 2013. By the time 2014 arrived, Big & Rich severed ties with Warner and started their own label, also called Big & Rich. The first release on the label was the single "Look at You," which appeared in early 2014 and went into the Billboard country Top 20. The full-length Gravity saw the comedic duo opting for a softer, melodic direction; it was released in September 2014. In April 2017, the duo issued the single "California" in anticipation of the release of their sixth studio LP. Released on September 15, 2017, Did It for the Party debuted at two on Billboard's Country Albums chart. ~ Stephen Thomas Erlewine, Rovi