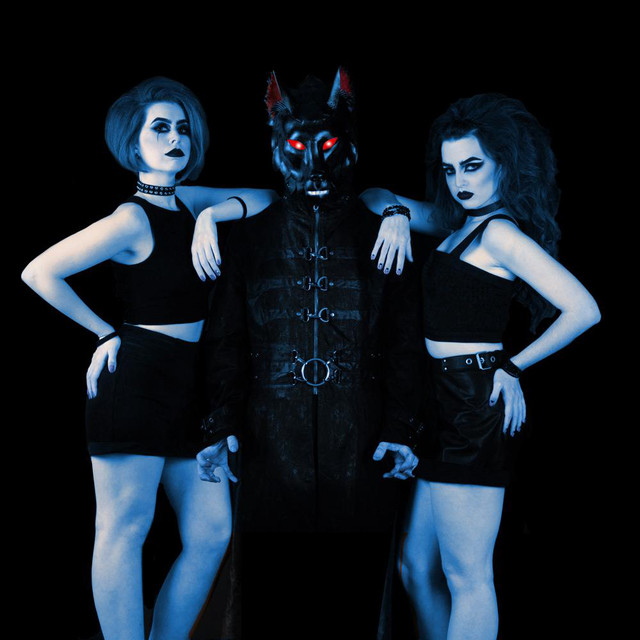 ...There was an icy feeling in the studio that day as singer-drummer-songwriter VolK was recording. The leader of the morbidly mystical metal band Vovkulaka is also known as a supernatural sage. Upon careful investigation, he found he was channeling the ghost of a key maker that had died in the room adjoining the studio, thus, solving the mystery of a pile of keys left behind in the property. Welcome to one dark entry in an occult metal life. The quartet was founded in 2014, and is primarily based in Odessa, Ukraine, but it also includes members from Bulgaria and the United States. This international metal powerhouse features VolK as drummer, singer, and primary songwriter; Naya G and JuleZ as highly-trained dancers and percussionists; and Ivan Manoloff as the band’s 7-string guitar whiz. Vovkulaka’s longtime producer is modern heavy music legend Darian Rundall (Pennywise). Vovkulaka’s (Ukrainian for werewolf) darkly cathartic metal also conjures tribal spirituality, dubstep, goth, industrial, and a myriad of permeations of thrash and nu-metal. Ghost hunting informs Vovkulaka’s lyrical content. Other aesthetic signposts include the rhythmic onslaught of Slipknot, the engaging spectacle of Babymetal, and the crushing groove metal of artists like Korn, Pantera, and Rob Zombie. With a deep commitment to exploring paranormal activity, and a catalog of brutally catchy songs, Vovkulaka is adding an infectiously visceral injection of evil enlightenment to modern metal.