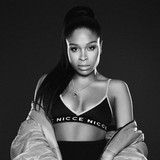 With more than 10 hit singles to date, Scandinavian Pop star NABIHA has created a name for herself as a brilliant writer and performer across Europe. Her multi platinum sales, 14 music award nominations including 4 Danish Music Awards, more than 33 chart placements, 50 sync placements+ and topping national airplay charts, are all clear indicators of the impact NABIHA has had in her short career so far. NABIHA is in the studio creating new music!