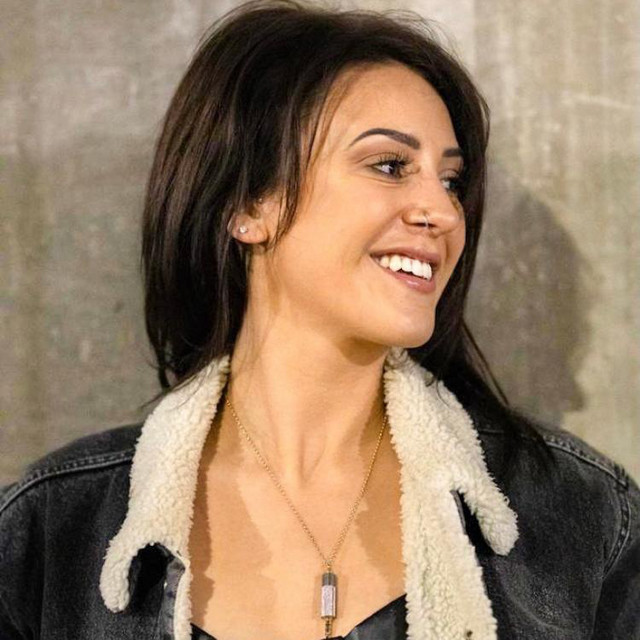 Based out of Essex in the UK, Amy Lauren is a burst onto the House & Tech House production scene in 2020; quickly totting up numerous plays on Radio 1, Kiss FM, SLAM! , Insomniac Radio and many more massive radio stations across the world. Amy's influences are vast and eclectic from dubstep to deep house, from garage to 90s rave, and many more genres in between, and you can definitely hear aspects of this in her music. Amy's not afraid to sample her everyday life either, with her tunes often featuring her loyal best friend, Producer Reg! To those in the game Amy is not a new name, known as both a DJ, notably having DJ’d on match day at the Tottenham Hotspur stadium, and for being on the radio; where you can catch her on Select with The Dance Show, playing the freshest in House and Tech House, every Friday from 12-2pm BST. Her Debut single release “Work” out on High Definition has received worldwide support including plays from Anna Lunoe She's since followed this up with an official remix of Scott Garcia Closer Than Close, on Loud Music! A tech house flip of a garage classic, the track has now received multiple supports from DJ S.K.T on Kiss FM and was named one of Ibiza Spotlight’s “Tunes of the Month” A Wyldcard release followed with “Workerz & Twerkerz”, with sick remixes from Vanilla Ace & Venky, Runge and Kyle Robertson. Amy returned to High Definition with Hold Up, and has a tonne more originals & remixes to come! #BoomLetsGo Bookings@djamylauren.com