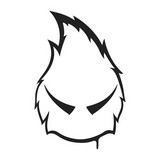 Protostar (Alex Mallows) has broken his way into the Drum & Bass scene. Standing out for his signature sound, his transition to Drum & Bass has allowed for him to flourish with a unique style that pulls from years of experience in the Glitch Hop genre. Protostar is an essential producer to the Monstercat label roster, having released tracks with the imprint since 2013. He was a featured artist in their last Amsterdam Dance Event and debut London Showcase, performing for thousands of dedicated fans. He also performed at Liquicity Festival, a staple gathering for the Drum & Bass scene, and is a booked artist for the upcoming NOX in the Woods Festival. He’s already released 8 singles in 2020 which is grabbing the attention of thousands. Returning to the hit video game Rocket League as a fan-favorite artist, his song “Galaxies” kicked-off as the game's official launch tune for months. His songs have been featured in other various video games such as Trials Rising and Aaero, spreading his music to a consistent flow of new fans. He even claimed the title of first official Minecraft remix with his D&B spin of C418’s “Aria Math”. With official remixes for D&B heavyweights such as Delta Heavy & Minecrafts own C418,

his pace is only increasing. His “Heads Will Roll” bootleg has also caught the eye of many staple Drum & Bass artists as a must-have for their DJ sets, driving crowds wild with the unique spin on the club classic. Watch out for Protostar heading into 2021.