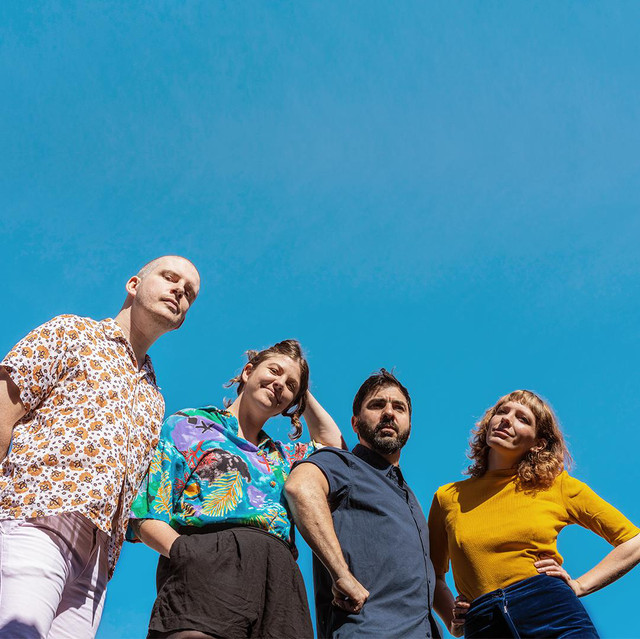 Julia Robert is a girl-fronted, girl-drummed, boy-guitared, boy-bassed four piece DIY punky / psychy / grungey / glittery / disco-y band from Cape Town. Their sound incorporates riot grrrl snark, krautrocky passages, bubblegum pop sensibilities and all the stacked fifths. The bass is heavy, the guitars are jagged, the drums are pounding and the vocals are urgent. They love non-linear song structures, linear song structures, anxiety, earnestness and some unashamedly emotional outpourings. This band is on a mission to mend everyone's broken hearts, and while their music might not make everything alright for everyone all the time, it's certainly going to climb into the ears and hearts of those who need it most. They started as an instrumental two-piece guitar and drum project between best friends Tara Bakkes and Roderick MacLeod in 2013. Ines Soutschka was soon added on vocals and then Joao Henriques joined on the bass. This lineup of old friends has remained consistent and it's the interactions and chemistry between the four of them that hurtles Julia Robert forward. With hooky songs, devoted fans and emotional baggage, the band is kicking ass and the Julia Robert freight train will never stop. Even if it derails itself in the most delightful way, these four punks will continue dancing around the fiery wreck until the party is well and truly over. Smash follow for a steady stream of tracks that will chase away the shitty thoughts that crawl into your head late at night.