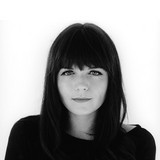 Self-taught guitarist and singer/songwriter Alice Jemima started writing songs at the age of 12, and while at comprehensive school in her native Devon, she got a work placement at Britain's biggest summer festival, Glastonbury. With the job cementing the idea of a music career in her mind, Jemima set about writing and developing her sound. While at college, she won the Helen Foundation Best Endeavour Award, which saw her get to work with producer Andy Chatterley. Taking her classical guitar style and melding it with looped beats and subtle electronica, Jemima produced her first self-released EP -- the four-track All the Boyfriends -- in 2012, while consistently uploading material to the internet. In 2014, a cover of Blackstreet's "No Diggity" caught the attention of BBC Radio 1 DJ, Bestival founder, and label owner Rob Da Bank. After inviting Jemima to record a session at the BBC's Maida Vale studios, Da Bank signed the singer/songwriter to his own Sunday Best label. Spending time recording and working with the label, Jemima's first release was the mid-2016 EP Liquorice. Entering the studios with producer Roy Kerr (Foxes, Bloc Party), Jemima set about recording her debut album, with the first fruits being released in September in the form of the single Dodged a Bullet. The follow-up single "Electric" appeared a few months later, with her full-length eponymous debut dropping in early 2017. After a two-year break from the studio, Jemima returned in April 2019 with singles "Icarus" and "Dancing in Love," both co-written with Sophie Ellis-Bextor. These featured on her sophomore album, Everything Changes, which was released in October that year. ~ Rich Wilson, Rovi