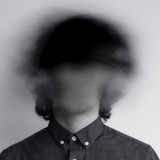 Born into a love of music in Bremen Germany, and carrying this zeal to Chilliwack B.C. Canada, Ted Kim has garnered a talent for his craft making his debut in 2012 as the lead drummer for “Like Bears,” thus breaking into the punk scene with fervor. Self-taught first through drums then guitar, he soon found his passion for contemporary folk music, transitioning into singing/ song-writing under the alias, Dear Father. In just three short years, not only has Ted relocated several times within the lower mainland, but has extensively toured B.C. as a solo artist, attracting fans of his favourite influences “The Fray,” “City and Colour,” and “Anthony Green,” and entertained at Juno Fest with a sound uniquely his own. Unmatched in enthusiasm and drive, he released his first album of eight original songs, “A Hundred Years,” in 2017 through Ditto Music Canada, followed by the single “I Found You,” in 2018, and collaborated with Mauvey - an England bred rapper - for the duration of 2018. Catch him following up on his three FVMA nominations as he continues pursuing his career across Canada. Distinguishable by vibrant energy wrapped with a soft indie bow and delivered with intense emotion, Ted Kim’s music can be found online at www.facebook.com/dearfathermusic and under Spotify artists as Dear Father. For exclusive sneak peeks into his life as an artist, and information on upcoming shows, find his social media links on his website.