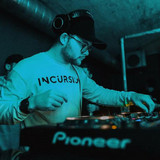 Ryan Gallus is a music producer hailing from Leeds. With releases and features on labels such as Yosh, Southpoint, & Incursion Recordings, this young producer is solidifying his place in the bass community by mixing melodic elements with twisted filters and low wobbles. Tracks such as 'Easy To Love', 'I'll Be There,' &

'Crisp & Nice,' show exactly what Ryan's capable of. Taking inspiration from a variety of UK born sounds such as UKG, Bassline, Dubstep, and fusing them together in an incredibly unique way. Alongside production, this talented artist also co-owns Incursion Recordings, a bass and breaks label, which was founded in 2018. The label provides growing artists a platform to release their music on as a step in to the industry. Artists featured on the label include Lijah, Spacegat, Titus1, Zero Trash & more.