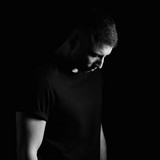 Antix is the stage name of rapper Alex Nimier, and while he hails from London, his music has little in common with British styles of hip-hop such as grime or road rap, instead having more of a kinship with American underground rappers such as Mos Def and Atmosphere. His poignant lyrics address social issues and personal problems, but always have an intention to uplift and inspire. His influences stretch far beyond the hip-hop realm, encompassing jazz, folk, and classical, and his direct, tuneful songs often contains cellos, pianos, and acoustic guitars. Antix's debut album, Flammable Grammar, appeared in late 2010, and he began to build up a fan base in the U.S., playing several shows in Los Angeles with artists such as Bone Thugs-N-Harmony and Tha Dogg Pound. Sophomore album Question Everything arrived in 2012, and single "You're Crazy (2012)" received BBC airplay. The year 2014 saw the release of singles "Bad Dreams," "Smile," and "Breathless," which received further U.K. airplay and online support. The 2015 single "Come Home" was chosen as Track of the Week on BBC Introducing, and Antix performed at the Field Day festival in London. ~ Paul Simpson, Rovi