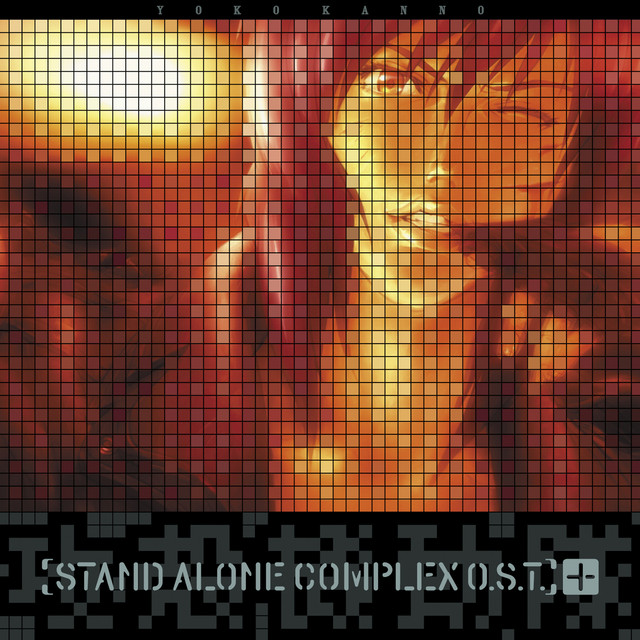 Yoko Kanno is the closest person to being the international face of the anime music industry, thanks to her involvement with high-profile projects such as Cowboy Bebop and Ghost in the Shell. She also wrote scores for TV series, movies, and video games, and songs for pop artists, and the list of ad jingles commissioned to her reads like a "who's who" list of the contemporary economic system. The demand for her services should be attributed to her ultimate versatility: Kanno can compose in any given style, from ambient and neoclassical music to techno and hard rock, never sounding strained or forced. Kanno was born in 1964 in Miyagi Prefecture. She was taught music early on, and at 10 she became the youngest winner of the Yamaha piano competition. Later, she studied in the Parisian Conservatory for Music and Dance and then joined the prestigious Waseda University, where her fondness for jazz flourished, leading her to debut on the musical scene as the keyboardist and the occasional songwriter for the band Testu 100%, with which Kanno collaborated between 1986-1989. Along with that, she began her career as a professional composer, composing her first score for the Japanese video game Romance of the Three Kingdoms in 1985. She continued writing music for

games by Koei up until 1994, and branched out into pop field in 1988, when she first collaborated with Chiyono Yoshino (Keiko Nakajima and Kyoko Endo followed suit). Kanno's career really got a kickstart in 1994, when she collaborated with her husband, the cellist and composer Hajime Mizoguchi, on her first anime series score for Please Save My Earth, and wrote music for her first film Yamato Takeru. By 1996, the floodgates were opened, largely due to her score for the massively successful series Vision of Escaflowne (done with Mizoguchi). Kanno quit writing for video games in 1994 and movies in 1997, concentrating on anime series and, to a lesser extent, on working with pop artists. In the decade between 1998 and 2008 she wrote themes and/or scores to almost 30 anime projects, including Record of Lodoss War: Chronicles of the Heroic Knight (1998), Turn a Gundam (1999), and Ghost in the Shell: Stand Alone Complex (2002) (for which she's rumored to have sung vocals herself under the alias of Gabriela Robin), Wolf's Rain (2003), and Macross Frontier (2008). Her involvement with the pop industry peaked in late ‘90s and early 2000s when she contributed to albums by Kyoko Koizumi, Maaya Sakamoto, and Crystal Kay. In 1998 she also released her debut solo album Song to Fly. Kanno returned to video games in 2000, doing a score for a Dreamcast game, followed by two games of the Cowboy Bebop franchise in 2001 and 2005. She also started writing scores for live action films again in 2002, when she composed the soundtrack for Tokyo. Sora and Mizu no Onna. Other notable films of the 2000s featuring her music are Kamikaze Girls (2004) and Honey and Clover (2006). She paid less attention to pop music at the time, but still wrote the entire album Nagashime Play by Kei Kobayashi (2003), some tracks for teen pop darlings SMAP, and the album Lost in Time by Akino of Bless4, out in 2007, when Kanno divorced Mizoguchi. In 2002, Kanno also released her second solo album 23-Ji no Ongaku, and in 2008 gathered some of the music she did for TV ads on the CD titled CM Yoko, which represented another huge chunk of her body of work, considering that she wrote jingles for more than 70 companies, including IBM, Japan Railways, Microsoft, Nintendo, Nissan, Sony, Toyota, and Vodafone. ~ Alexey Eremenko, Rovi