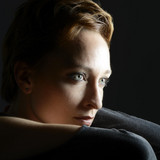 MILASA (Yulia Malyasova) is a Russian singer and songwriter. After releasing her first solo album “Painted Heart” she moved to Denmark, where she lives until now. Milasa’s music is a combination of genres, such as acoustic, folk, pop-rock, beautifully supplemented by her touching,

emotional, deep, unique, and recognisable voice, together with modern, sophisticated music production and arrangements. Milasa became a finalist of the Rising Star Show (“ARTIST”) on a major TV channel. She actively performed solo and with the band in Russia, Denmark, Sweden, Ireland etc. Milasa toured Europe twice (over 30 cities each tour). Milasa actively collaborates with musicians all over the world and participates in different projects as a featuring singer. Since 2016 she is studying classical guitar at Royal Danish Music Conservatory. Milasa performs live her own songs as well as covers in her own interpretation. After each appearance, she gets positive feedback and inspires the audience. “The voice which touches every string of your soul”, “Her voice is rich and deep, but in many ways fragile and soft, beautifully expressed, so it fills you with the emotions of her songs”, - are just a few of them. After a few years of silence, in 2019 Milasa releases the track "Angel", which is not her usual style (Rock / Metal). However, her voice fitted so well, and she decided to experiment more with modern vibes of Rock and blend in some genres together.