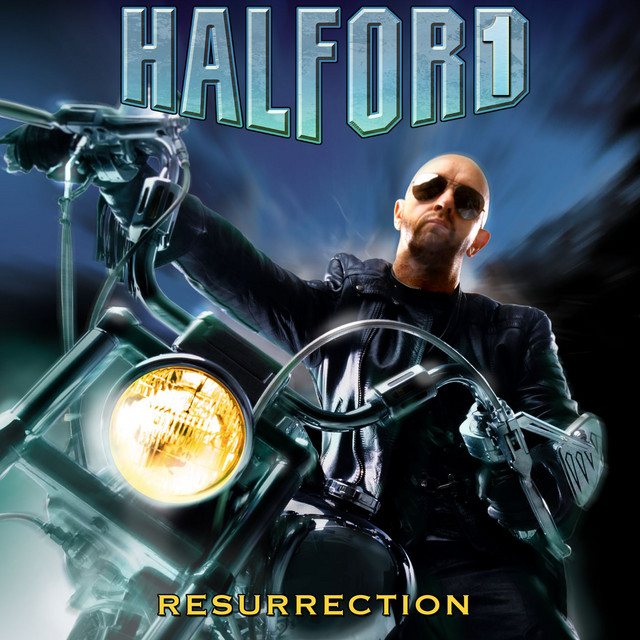 As the incomparable voice of thrashing beast Judas Priest, Rob Halford defined the role of the metal frontman. After his unamiable departure from the British juggernaut, Halford formed Fight with Priest drummer-come-lately Scott Travis. Fight released three powerful records, Halford straining to remain the masthead of the heavy rock movement he created. Two, a trendy electro-exercise with Trent Reznor, took two steps back on the misguided Voyeurs. Halford returned to his roots and formed a new unit, simply dubbed Halford, with guitarists Patrick Lachman and Mike Chlasciak, bassist Ray Riendeau, and drummer Bobby Jarzombek. Halford rebounded with his band at the turn of the century, releasing the aptly titled Resurrection, a no-nonsense manifesto from a true metal legend. Halford hit the road opening for disciples Queensrÿche and Iron Maiden before beginning a headlining tour, documented on Live Insurrection. In 2002, Crucible arrived quickly after their tour ended, even featuring two bonus tracks that were originally not going to be included. The following year, to the delight of Judas Priest fans, the band reunited with Halford on vocals, and the reinvigorated legends of metal released Angel of Retribution in 2005 and Nostradamus in 2008. During this time, Halford's solo project lay dormant. However, after nearly seven years, Rob Halford returned to recording under his surname in 2009, only to surprise fans by releasing a Christmas album titled Halford III: Winter Songs. Halford and company followed up the next year with Halford IV: Made of Metal, followed by the live recording/concert film Live at Saitama Super Arena in 2011. ~ Doug Stone, Rovi