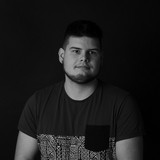 A Dutch prodigy within liquid drum & bass, and a man with a very mature touch, Edlan has already left a massive impression within the scene. ​Working his magic for the last two years on Liquicity, Integral Records, and Fokuz Recordings he has deservedly made a name for himself with stunning bits like 'Intercept' featuring Bert H, 'Whatever You Said', 'Fragile' with his partner in crime Djah and the list goes on. Having already worked alongside highly respected names within the genre, the immensely popular UKF touted him as being “one to watch” throughout 2018 and got support by legends in the scene like Artificial Intelligence, Nymfo, LTJ Bukem, Maduk and many more. ​Wielding a repertoire most veterans would stand proud of, Edlan truly has the scene in the palm of his hands, and you get the optimistic feeling his arsenal of stunning rhythms will only continue to grow as the years progress. In 2021, Edlan has released his debut album on Liquicity called "Landmarks" showing off his liquid sound including collaborations with names like Nymfo and Phil Tangent.