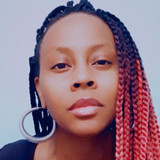 When you say her name, think of it as a phrase, "LeXXah drew". Its past tense and she's on to her next musical art piece on that musical canvas. It is that moment you realize after you hear her unique sound you say to yourself, "LeXXah drew it!" LeXXah Drew is an eclectic songwriter and diverse range vocalist from Muhammad Ali's city, Louisville, KY. LeXXah Drew admires the sounds of Beyonce, Taylor Swift, Whitney Houston, Katie Perry, Lady Gaga and is influenced by Mary J Blige, Missy Elliot, MC Lyte and Lauryn Hill to name a few.  LeXXah Drew considers her sound in basketball terms, "positionless" because her songwriting and vocal abilities can fit into cross-genres. Being solid in many genres displays the level of her creativity. She can give you Pop, hiphop, jazz, urban, R&B, EDM, country, even opera if that is your cup of tea, all within the course of a record.  She thinks of herself as the Bruce Lee of songwriting, she adapts to different styles and has the ability to elevate stepping out of the pocket. She has the elements of a pocket pass first and running Quarterback. It makes for great entertainment and a breathtaking display of her music.