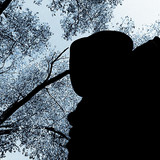 Formerly known as Tasherre D'Enajetic, the Detroit emcee has evolved into a full time musician and instructor since putting the mic down. He's built a following and community of fellow musicians through his music creation content on YouTube. In 2015, after years of trying to find himself as an artist, he finally began working on new projects. The Unstoppable (released in 2016), serves as his reincarnation and prepares you for what's to be expected moving forward. A diverse instrumental hip-hop catalog that can be enjoyed by ALL music fans.