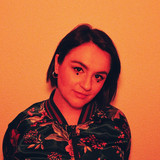 Chip Deva - Singer & Songwriter and vocalist of Chip Deva & HIRA who creates her songs in three different languages: english, german & albanian due to her multi-cultural roots. Her music style is influenced by various genres such as trip-hop, neo-soul, jazz and electronic. The language in her lyrics is poetic and tangible at the same time, accentuated by colorful vocal lines.   Her most recent release Wie ich schweig' is also her debut single in german language. Earlier, she released A Rri, a three song trip-hop EP in albanian with chillout beats and medidative atmosphere and other singles such as Distance, Why Is My Glass Always Empty? and Andrrat