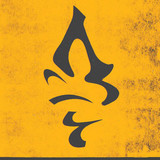 Peter Cortner and Doug Carrion are probably the most notorious outcasts of the Dag Nasty franchise to date, and in 2019 joined forces and began doing shows as Field Day.

Doug and Peter performed on Dag Nasty’s iconic recordings Wig Out At Denko's (Dischord Records) and Field Day (Giant Records), and played some 300 shows throughout the United States and Canada in the late 80’s. These recordings are credited as cornerstones of what was eventually termed melodic hardcore, and inspired new bands like Pennywise and Rise Against. In 2018 there was a conversation between Brian Baker Bad Religion, Doug and Peter regarding how best, if at all, to perform Wig Out and Field Day songs live. With scheduling and geographic conflicts unavoidable, in 2019 it was agreed that Doug and Peter would forge ahead under the name Field Day, to avoid confusing Dag Nasty fans or promoters. Carrion refers to Field Day as “an ideal time to revisit previous material for the fans, and a way to continue exploring music.” Since his departure from Dag Nasty, Doug Carrion has continued building his long list of credits, ranging from the Descendents to Kottonmouth Kings, while Peter Cortner has remained mostly out of the music world, opting to pursue academia. With a new project at hand, Field Day has presented the perfect opportunity to welcome Peter back into the musical fold.