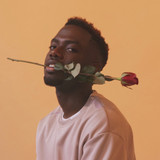 Singer & songwriter from Atlanta - Lánre goes against the grain of his peers by writing catchy heartfelt melodies set to a masterful blend of RnB, Electronic Dance, and Pop music. He likens his artistry to pop stars of the pre-streaming era like Michael Jackson, Usher, Justin Timberlake, Beyoncé, and Chris Brown, which he frequently lists as major influences on his music and look. Lánre (born Olánrewaju Keyede, December 16, 1992) began his music career at age 10 in his hometown of Plainfield, New Jersey where he attended a school for music and was classically trained in vocal performance. He then went on to discover his songwriting talent and released a 6-track demo at age 15 under the tutelage of his cousin and mentor, Mike Will Made-it. With the latest release of his debut EP, In My Dreams... Lánre has shown that he plans to make an impact on the music industry in a major way. In just 2 months after its release, the singer’s debut project has gained over 250k + streams with the lead single Beautiful Lies gaining acclaim from listeners around the world. Atlanta’s newest breakout singer is definitely an artist to keep an eye on as he sets the stage for the new-age of superstardom.