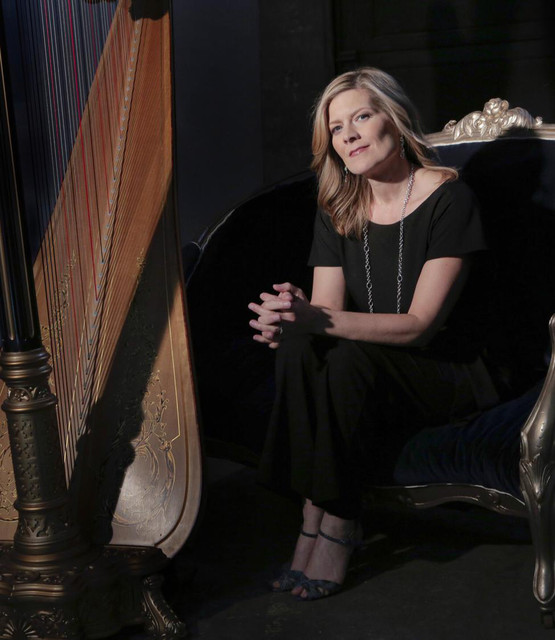 Kirsten Agresta Copely is an international award-winning harpist, composer and arranger. She has become an established New Age artist with a unique and elegant instrumental voice. Thanks to editors at Spotify and thousands of independent curators, her music has been enjoyed by listeners across the globe looking for focus and relaxation.    She has made music in four continents for heads of state (President Barack Obama), in blockbuster movie soundtracks (Sex and The City 2 with Erykah Badu), alongside Billboard 100 artists (Beyoncé, Alicia Keys), and on late night television (Saturday Night Live, Late Show with Jimmy Fallon.) Her album, Around the Sun, was hailed as a "a stunning recording of some of the most gorgeous and engaging harp music one could ever imagine" [New Age Music Reviews]. It was awarded a Silver Medal in the Global Music Awards and the Listeners' Choice in the New Age Music Guide Top 10 New Age Albums 2020.   Kirsten is Associate Professor of Harp at Vanderbilt University, Voting Member of The Recording Academy (NARAS), member of ASCAP and the World Harp Congress Board of Directors. She holds degrees from Indiana University Jacobs School of Music (B.M. & M.M.)   Kirsten is also 1/2 of the Americana duo Harp & Plow