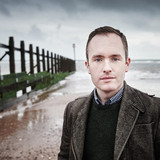 Praised for his ‘velvet-gloved pianism of ravishing sensitivity’ (The Strad), Steinway Artist Simon Callaghan performs internationally as a soloist and chamber musician. His recent tours have taken him to Japan, Malaysia, Thailand, Hong Kong, Canada and throughout Europe, and he has performed at all of the UK’s major concert halls. Simon has a particular interest in bringing rarely performed works to new audiences. He has made two recordings for Hyperion’s lauded series The Romantic Piano Concerto, the first (Roger Sacheverell Coke’s Concertos with the BBC Scottish Symphony Orchestra and Martyn Brabbins in 2017) reaching no. 2 in the specialist classical charts. Simon’s first solo disc for Hyperion, world premiere recordings of works by Jean Louis Nicodé, was released in May 2019 to critical acclaim, with Gramophone Magazine praising his “superb artistry”. Simon is Head of Piano at the Ingenium Academy (Winchester) and Director of Music at Conway Hall, where he oversees the longest-running chamber music series in Europe. Simon also recently completed a PhD at the Royal Northern College of Music, working to bring the oeuvre of Roger Sacheverell Coke into the public domain.