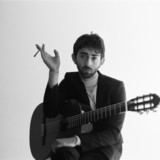 Mateo was brought up bilingual and is fluent in Spanish and English. Mateo discovered his love for the arts at an early age and would go on to produce and star in various independent and studio films. In addition to being in front of the camera as a young actor, he simultaneously explored his love of music and soon discovered his voice would lead his creative path in a musical direction; producing original content as young as 10 years old. Mateo’s admiration for his culture and international background deeply influences his music and explains his transcendent career around the world.