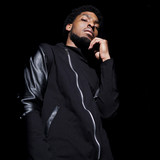 Writing songs since the fourth grade, Travis M. has always had a fascination for music. Going from the big city, of Houston, Tx to the small town of Grambling, La for college offered him a fresh start to focus on, his craft as an artist; a poet. Travis M. built up his cred with his peers at his university and neighboring ones as well. Finally graduation came in May 2016. Life after college for many is a time of self-exploration. It’s the first time in their life they are facing an adult reality that’s made of where they want to be and where they have to be. Houston-based emcee Travis M explores that on his first album, Meanwhile. He takes listeners on a journey through the duality of his reality like no other. With his second album “The MisUnderstood”, Travis M. tells an Epic Tale of how Being Yourself can Save The Day. The album is backed with features of prominent Houston indies, and the engineering of Koala Khool.