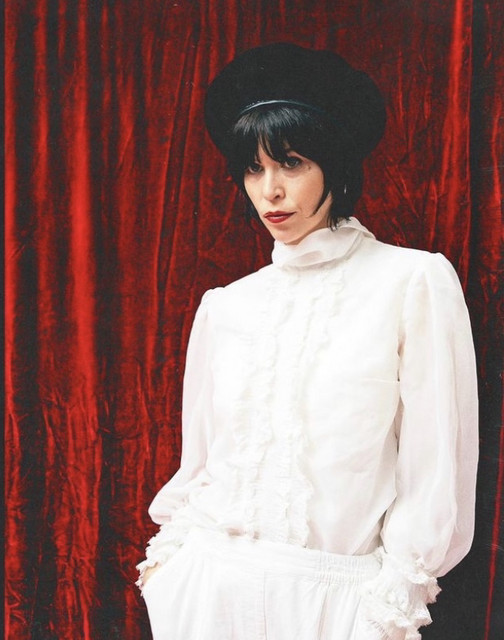 Since releasing her debut solo EP, 'The Piss, The Perfume', in 2020, led by its dance worthy title track and radio favourite 'Like A Woman Should', Hayley Mary spent the turbulent year of covid, adding to her recorded catalogue and honing her live show. Known as the singer of Sydney indie faves, The Jezabels, Hayley Mary, certainly establishing a name for herself beyond the band. The first half of 2021 saw her release new singles, 'The Chain', another radio favourite, 'Would You Throw A Diamond?', and her Like A Version cover of Lana Del Rey's 'Chemtrails Over the Country Club', which delighted fans and critics alike. In May ‘21 Hayley announced her second EP ‘The Drip’ would be dropping on June 18. Written across a few years in Melbourne, Sydney, Edinburgh, London, L.A., Las Vegas and her home town of Byron Bay, the EP taps in on genres such as punk, new-wave, Brit-pop, Americana, and Australian pub rock to showcases Hayley’s scope as a singer and songwriter. Pensive ballad, 'Young & Stupid' ponders ageing and mortality while recent single and EP title track, written on napkins while working in a cafe in Edinburgh in 2018, reflects on her Scottish heritage and explores contradicting forces of romance and cynicism. Currently, Hayley lives in Melbourne but is set to tour Australia and, with any luck, internationally, as soon as the borders allow. Look out for new releases and tour dates on from Hayley on social media: @hayleymary @hayleymarymusic