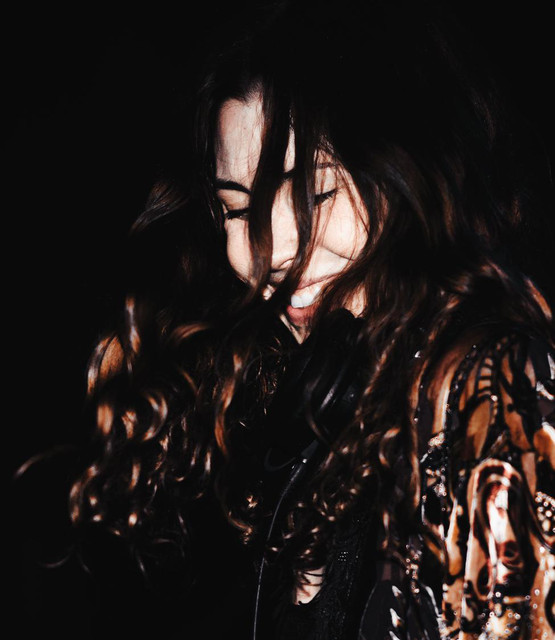 Huxley Anne composes ethereal electronic music that evokes lust, pain, and movement. Surrounded by nature as a child, she spent her formative years studying ballet, playing in bands, and working on her three forms of expression- music, movement, and visual art. Her music fuses elements of abstract hip-hop, heavy bass, experimental electronica, and textural ambience to create a new genre that plays smoothly in an art gallery, or seduces you at the club. With her minimal gothic aesthetic and shy persona, she often finds herself behind the synths on stage or dancing, well-hidden behind the veil of her own projections. Her live sets are always fresh & original, pushing the boundaries between jazz, bass, and experimental music, largely influenced by the LA beat scene. She’s performed around the country alongside Shades, Eprom, Tsuruda, The Glitch Mob, Penthouse Penthouse, Ivy Lab, Mono/Poly, Daedelus, and more. The reclusive artist is learning as much as she can while touring with her own custom visual show & musical performance. Leading us forward, Huxley Anne's debut LP “Ilium” released on Dome of Doom Records in Spring 2017. PAINT, her collaborative project with Tsuruda, released their EP “Exodus” on Ivy Lab’s 20/20 LDN label four months later. The raw emotion she pours into her music asks listeners to open their minds beyond genres, to listen to the music without the need for classification, and to truly let themselves feel the effervescent intensity of her work.