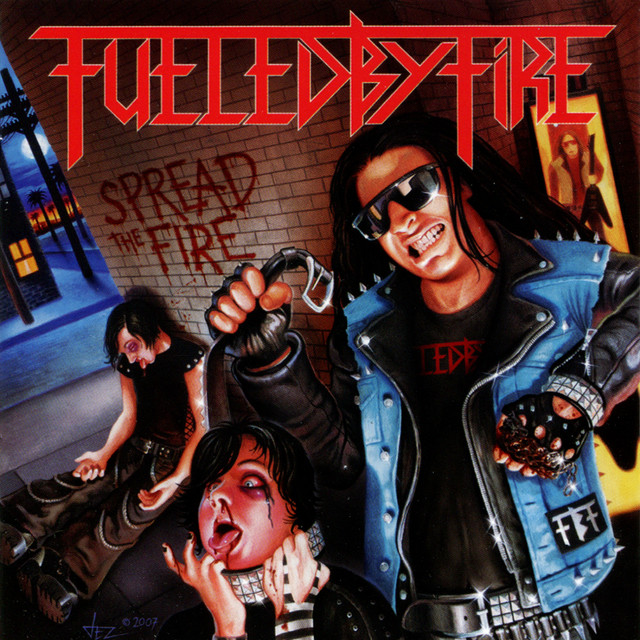 After nearly a dozen personnel rotations, thrash metal outfit Fueled by Fire fine-tuned their sound into an explosive act in the vein of '80s speed demons Slayer, Overkill, and Testament. The group started humbly enough in 2002, when drummer Carlos Gutierrez and guitarist Sal Zepeda decided to start jamming together. After some asking around, they ultimately found bassist Adrian Gallego and vocalist Rick Rangel, and formed a full band. After some time went by, Gallego quit the group, Rangel moved to bass, and they recruited new singer Ray Fiero. Expanding on their lineup, they decided to add a second guitarist and Rangel swapped instruments again to guitar, leaving new member Anthony Vasquez with the bass duties. This was the solidified band for a year, until Jovanny "Gio" Herrara took over on vocals. Two weeks later, they started recording their first four-track demo, Life...Death...And Fueled by Fire, which was used to lock a gig at the Whisky a Go Go, and the band built up a following playing shows around L.A. After the departure of third guitarist Zepeda in November 2006, Metal Blade Records founder Brian Slagel sent label execs down to a Fueled by Fire show and signed the band in March 2007. The remaining four members immediately went into the recording studio and started making their debut full-length, Spread the Fire, a nine-track LP prepared for release in early August 2007. The band inked a deal with Napalm Records for the release of their sophomore long-player, 2010's Plunging Into Darkness, which was followed in 2013 by Trapped in Perdition, also on Napalm. ~ Jason Lymangrover, Rovi