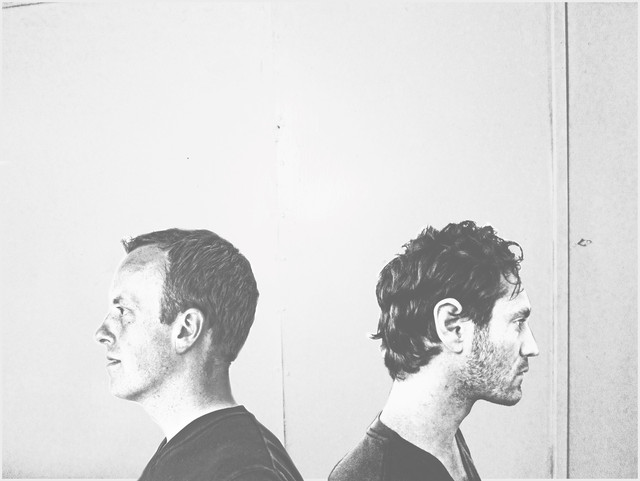 Eric & Magill were formed in 2007 by longtime collaborators and multi-instrumentalists Eric Osterman and Ryan Weber. The two originally hailed from Milwaukee, where they played together in early emo/indie band Camden before Osterman relocated to Michigan and Weber stayed in Milwaukee to form the working-class indie rock troupe Decibully and also contribute to the Promise Ring. In 2007, the two reconvened through a series of international communications, Weber writing from a teaching job in Armenia and Osterman still stationed in Michigan. The two began work on what would be the first Eric & Magill record, All Those I Know, a lush ten-song album of dream pop originally released as a free download in late 2010 and then pressed on vinyl the following summer. The album featured lots of help from friends, including contributions from members of Maritime, Dirty Projectors, Owen, and many others. Shortly after the completion of All Those I Know, the duo released the online-only EP Kick the Covers, Vol. 1, a collection of five cover versions of the bands of collaborators who had helped out with the album as a form of tribute. In 2011 Weber moved again, this time joining the Peace Corps in Kenya while Osterman moved to Brooklyn. The two worked primarily on their regular tools, laptop computer recording setups and consistent communication via the Internet from separate continents. The results of their first round of Kenya/Brooklyn recordings culminated in both the Two Travelers EP and second full-length Night Singers, both released in 2013. ~ Fred Thomas, Rovi