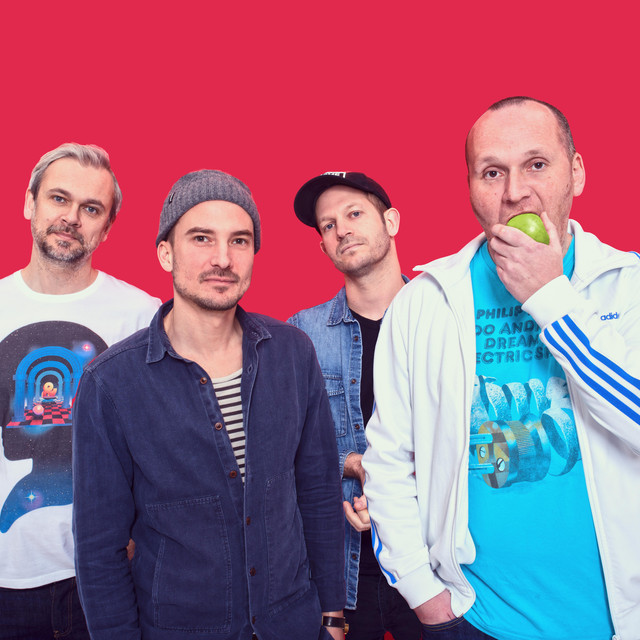 Brighton-based Fujiya & Miyagi have been making expansive, experimental and multifaceted electronic-driven music for twenty years now. As an outfit they have been as successful in their investigations into bleep as they have elongated Krautrock wig outs, and creating breathy electro pop as fiercely as they do post-punk-indebted scratchy dance. Their new album, Flashback, is to be released in May 2019 and it finds a group re-connecting with the potent music of their youth and connecting it with their well-learned musical chops as adults. Fujiya & Miyagi first came to light with their 2002 album 'Electro karaoke in the negative style' which created the first glimpse of what was to become their distinctive sound of electronics and hushed vocals. It wasn't until 2006 with the release of 'Transparent Things' that the group gained wider critical acclaim. The album blended the groups love of 70's German electronic Music, post-punk dance music and the sounds affiliated with labels such as Warp Records in the 1990s. They toured extensively in this period and have since released a further four albums. They have worked with LA based Producer Thom Monahan on 2011's ‘Ventriloquizzing’.

More recently they released a deeply ambitious three EP trilogy on their own imprint Impossible Objects of Desire in 2017. A carefully staged project that saw the group traverse disco, electro, pop, and the now synonymous 1970s Germany-inspired groove they so seamlessly ooze.