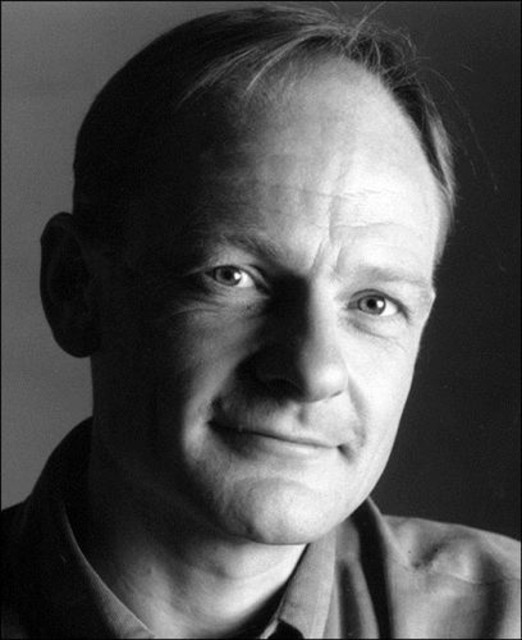 Charles Daniels is an English solo and ensemble singer specializing in early and contemporary music. He became a chorister in the famous Choir of King's College, Cambridge. Admission to that position for boy singers is by competitive audition and carries with it the benefit of attendance at the college's prep school, thorough musical and vocal training, and the duty of singing daily services during the school term and in the choir's concerts and tours. Veterans of this position are performers with wide knowledge of musical style and good vocal production. Daniels attended Winchester College and, when he was ready for university, once again turned to King's College, having matured to a tenor voice. After an equally competitive audition he earned the position of choral scholar there. The duties and benefits were much the same; he became a member of the chorus and a student at Cambridge University on a full scholarship. The subjects of his joint degree were natural sciences and music. After graduation he entered the Royal College of Music in London on a Foundation Scholarship, where he studied with Edward Brooks. He entered two major British voice competitions: the Great Grimsby International Competition for singers and the 1986 GKN English Song Award. He won major awards in both, including the Hubert Parry Prize for his choice of program. Daniels has sung in many countries of Europe and in Israel, Australia, New Zealand, and Canada as a solo artist. The big works in his repertory are Baroque choral masterpieces such as Bach cantatas, masses, and passions and Handel oratorios. These include Handel's The Triumph of Time and Truth, Judas Maccabaeus, Solomon, and Acis and Galatea, and regular appearances as the Evangelist in Bach's St. Matthew and St. John Passions. He has sung with modern instrument organizations such as the RTE Symphony Orchestra, the Scottish Chamber Orchestra, the London Philharmonic Orchestra, the BBC National Orchestra of Wales, and the Gulbenkian Choir and Orchestra. He also has worked with period instrument groups including the Monteverdi Choir and Orchestra, the Academy of Ancient Music, the King's Consort, and Les Arts Florissants. With the last-named group he toured in Lully's opera Atys to the Montpelier Festival, Caen, Madrid, the Opéra-Comique in Paris, and New York. He has also appeared in the Halle Handel Festival, the Flanders Festival in Bruges, the Aix-en-Provence Festival, and the Bach Cantata Pilgrimage 2000. Other Baroque music in his credits includes Monteverdi's Vespers (which he sang with the Nederlandse Bachvereniging in December 2000), Purcell's Dioclesian (at the Barbican Centre in London with Christopher Hogwood and the Academy of Ancient Music), Purcell's The Fairy Queen, Rameau's La guirlande, and Charpentier's Vêpres aux Jésuites. He has recorded the role of Peachum in John Gay's The Beggar's Opera, several Purcell discs for Hyperion records, The Fairy Queen, Bach's Easter Oratorio, and the Charpentier Vespers already mentioned. He has also recorded Haydn's St. Cecilia Mass. Working with the Hilliard Ensemble, he has participated in a recording with them on the ECM label of music of Perotin. Other non-Baroque music Daniels has performed includes Schubert's Mass in E flat, Mendelssohn's Elijah, and Puccini's Missa di Gloria, as well as a performance before Pope John Paul II of Wojciech Kilar's Missa Pro Pace. He appeared on worldwide television as part of the BBC's Millennium Live 2000 singing in an all-Handel program with James O'Donnell and the Academy of Ancient Music at Westminster Abbey.