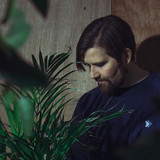 Hoick is the solo album from Allo Darlin' drummer Mikey Collins, who combines his love of solid grooves and joyous harmonies to create a fun and sonically varied record. Mikey played most of the instruments and mixed the record himself, with some assistance from Laura Kovic (Tigercats) on vocals and fellow Allo Darlin' member Paul Rains on lead guitar. The flicker of his previous band provided the building blocks of an upbeat, positive record, but Mikey wanted to add his own quirky, disco spin &amp; sonic expansiveness, aided by co-producer John Winfield (who has worked with Jimmy Somerville), with the aim of making a record that people stood a chance of being able to dance to. To create this eclectic sound, Mikey draws on influences

as far flung as Dexy's Midnight Runners, Bruce Springsteen &amp; Todd Rundgren as well as more current artists such as Night Works, Matthew E White and Father John Misty. Of the album Mikey states: “This has been the first musical project that I feel proud of the moment I finished it.